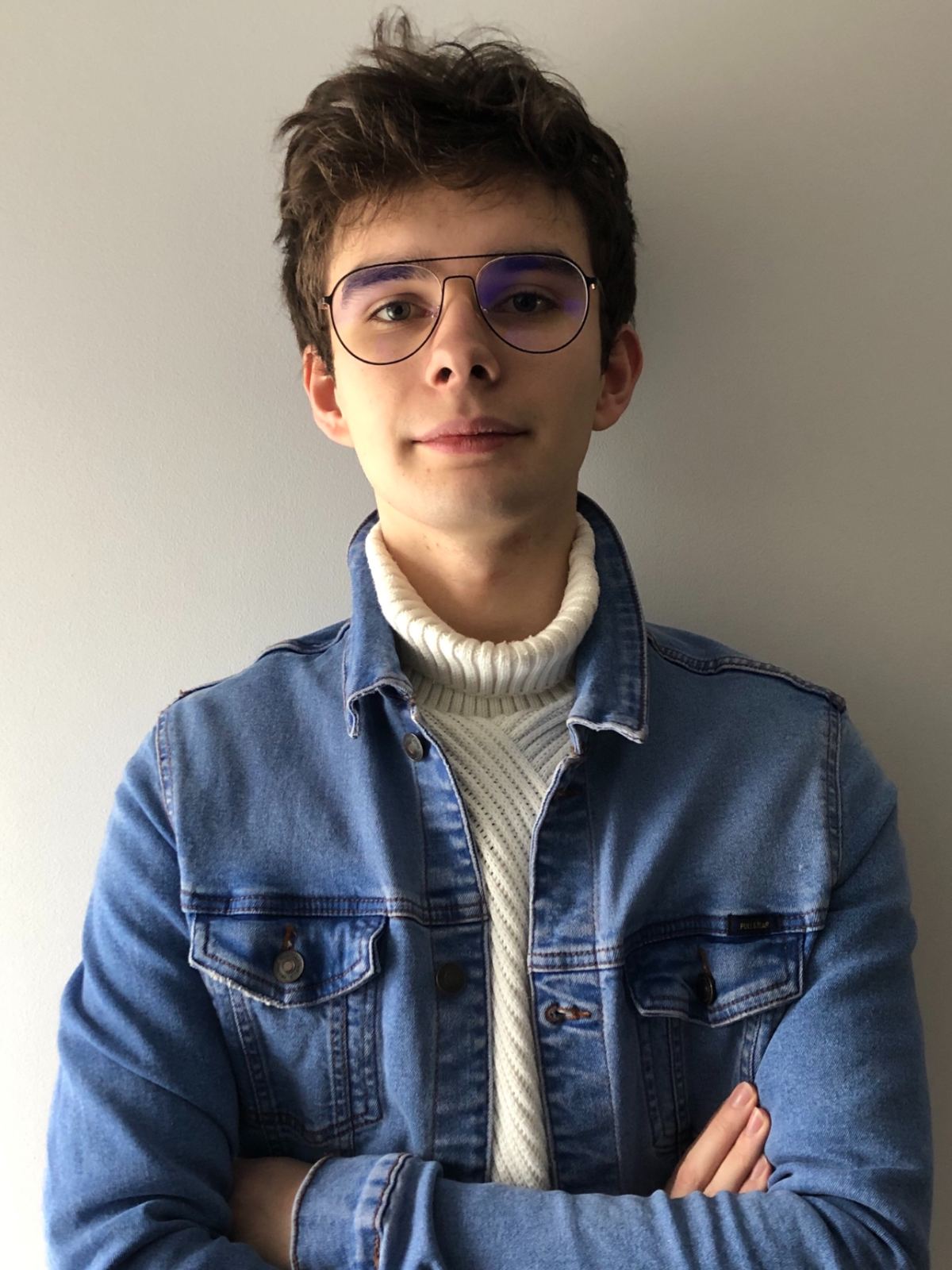 He organized this year, the second, edition of Vilkon - an event for fans of broadly understood fantasy, cinema, literature, Asian culture, science and many more.

He loves performing on stage. Over the years, has participated in many theatre plays presented by the school theatre club. He directed the amateur spectacle titled Danse macabre.

He is interested in cinematography. He likes watching movies, especially those on subjects that can raise all sorts of emotions. He is fascinated by animation - there is no cartoon he doesn’t know. His interests are not limited to one style; he is also a fan of Japanese anime and short film adaptations inspired by the world of computer games.

Student of the High School No. 6 in Bydgoszcz.